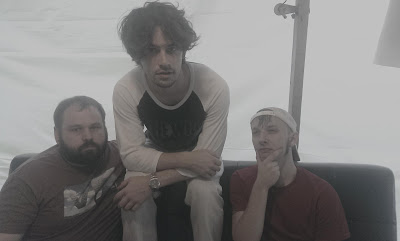 Our friends in Charleston-area punk band Miniature Giant have been busy over the summer, which is always good, because staying busy keeps you out of trouble.

Below, see the recently released video for "Kill Yr FriENDs," off their 2012 debut EP The Superhero Chronicles...

We'll look forward to running into Workman in/around Quincy, and taking Ballard -- described by an ex-girlfriend as "weird" after she met him at the Glass 7.4 (translates as: "not a loudmouth jerk threatening to fight everyone") -- out for Chinese food sometime soon.

Look for Miniature Giant to be playing shows, not fighting people, and otherwise being super cool punk rockers, in a venue near you.

Oh, and look for stuff here as we attempt to relaunch this thang closer to September!
Posted by WVRockscene! No comments: