The "Last Day of Summer" is here 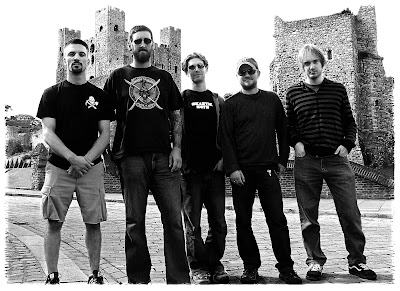 Not the literal last day of summer, the 11-song split release from our friends in Treasure Cat and England's Sons of Alpha Centauri, released just a few days ago.

It all started with Will Mecum and Roy Brewer skipping across the pond to merry old Kent, England to record and collaborate with the guys from SOAC.

Their Last Day of Summer is basically a few songs from each band with three songs from what they're calling "Alpha Cat" -- the successful merger of two-thirds of Treasure Cat with SOAC for a few songs on the release. 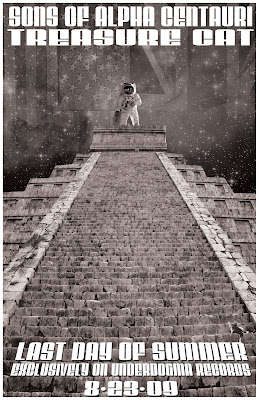 You can see a trailer of the release on Treasure Cat's MySpace blog, hear a few tracks on SOAC's page, and order the release off Underdogma Records website. 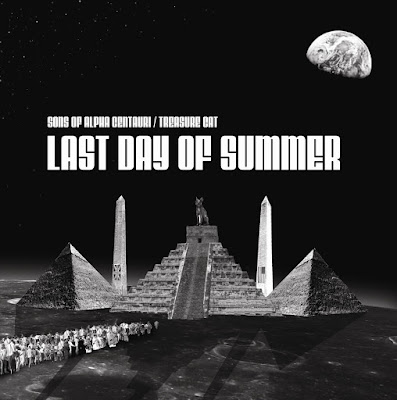 You'll notice the killer artwork for the CD and flyer, most ably done by Barboursville's Jimbo Valentine, who's done previous art for TC (which should have a new CD out by summer of 2010, we're told) and whom we featured in our recent "Focus on the Flyers" series; good show lad!

Mecum, when reached for comment, said "The streets will run red with the blood of the non-believers of Treasure Cat." So check out the split release and whatever you do, do not doubt Treasure Cat.