After getting a copy of the new Arms and Sleepers EP The Motorist in the mail, we got all retrospective and stuff.

It's actually funny to think about how we first found out about Arms and Sleepers a few years back. 'Twas over MySpace, of course, where we first came across the Cambridge, Massachusetts-based duo of Max Lewis and Mirza Ramic, and their ambient music.

At the time, we got 'em covered in Grafitti for an upcoming show at the Glass, and had got Bliss Was it in That Dawn to be Alive mailed in advance. Rarely were we so excited to be able to catch a band.

Ramic and Lewis, sitting in the dark with their synths and laptops, making their soulful, trippy, electronic music, played video footage of what we think now was their actual tour, behind and over them via a projector. 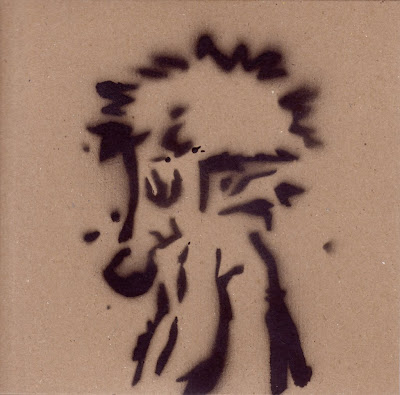 The Motorist EP by Arms and Sleepers, released in mid-February

They were playing with The Concept that night at the Glass, so that was awesome too. Everyone on our end seemed to have a good time with cool dudes and rock to one band we knew rocked, and one that we had just found out about.

This was all back when WVRockscene was cool, mind you. And it was there we also picked up a limited edition EP from A/S. And now, having just got their newest effort in the mail and listening to it, we thought about how much we've dug their music, how unique they are, and how much it sucks they're not coming through town.

Arms and Sleepers has been staying busy, touring all over in February and March, stopping for a show in Austin, Tayhass this past weekend at SXSW. They're coming through Lexington and Pittsburgh in the coming days, winding their tour down. And we know those cities aren't in West Virginia, and that Arms and Sleepers in not from West Virginia. We just dig their music.