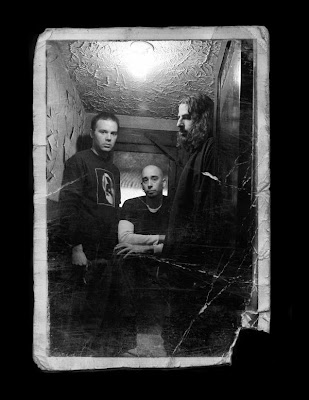 So here's big news -- we had hollered at Hovel about a CD, because we think they rock, and that's what we do. Well, not only may we end up with a CD (new or old), we got the scoop about a possible Hovel show in Charleston with another rockin' Morgantown three-piece "instru-metal" act, Treasure Cat.

We were basically saying how cool it would be for the two bands to come to town, and pointing out that although it's unlikely, it would still be cool. Here's what Greg from Hovel said back about their CDs, new material, and the possibility of the two powerhouse acts coming to town:

"All we have available right now is the six song ep that we put out a couple years ago. There is also that 7 inch that we put out thru Flotation Records but it's just two of the songs that are on the ep. We have a ton of newer material and we are going into the studio soon to start recording. As soon as we get some of it mixed we'll send it to you as well. Also don't rule out a Treasure Cat/Hovel show in Charleston. We could definitely make that happen! Thanks a lot for the support and we'll be in touch."

You read that right rockscene readers! Comment the bands (or us) up and if you want them to come to town (like we do) make your voice heard! Check out these bands for sure though, the rock is guaranteed!
Posted by WVRockscene!