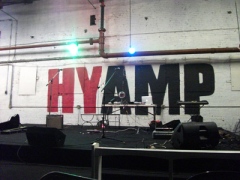 One of the more important venues in West Virginia is opening back up Saturday.


After a roughly four year hiatus, HYAMP will open its doors and kick off what will be a steady string of great all-ages shows.

Andy Rivas, of the Huntington-based electronic-rock dance duo Bad Employees said that not only were he and John McComas stoked to play the re-opening of HYAMP and looking forward to making new fans, but they appreciate David Steffie’s dedication to and love for the Huntington scene.


“To be honest I never made it to the old HYAMP. For some reason I never really knew about it until it was shutting down. I think maybe I was at an age where something of that sort didn’t concern me, and I had also moved away for a little while.

“I have heard lots of great things about the old place, and look forward to the new place creating some great memories as well. For me and Bad Employees, it’s going to be great to be able to play our style of music for a different demographic than the 21 and up bar scene, and we are really excited about it. 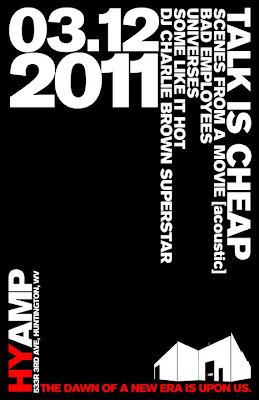 “It could be the first time these young adults get to hear this style of music. I’m sure at first it might confuse them a little bit, but in the end I’m hoping to have made lots of new fans!

“We are also honored that David Steffie pushed so hard to have us play on the grand opening. Since meeting him he has always been a great supporter of not only our music and our band, but cool music in general, and is someone who is a lot of fun to be around for that reason, and also because he is such a laid back likeable guy.

“You can tell right away that he is doing this cause he loves it, and wants for others to enjoy music and art as much as he does, and is willing to work hard day and night to make it accessible to a younger generation.

“We were amped up when he asked us to play, and the answer was of course an easy decision, 'Yes.'” 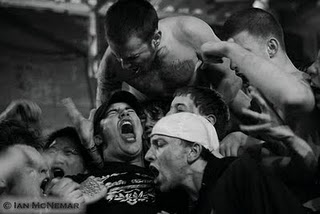 Maybe nobody has more to add about HYAMP than Dana White. We caught up with the Holden Caulfield and Black Seas singer for a "Five Good Minutes" mp3 interview. It only sounds like the interviewer conducted the thing from the bath tub.