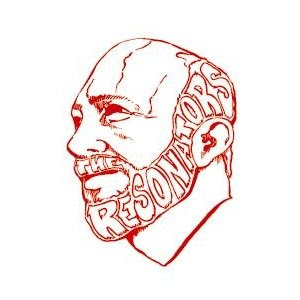 There's apparently something in the water out Shepherdstown way. And, yes, Shepherdstown is in West Virginia, and hearing the four-song EP from this Skull City trio makes us glad it is.

The Resonators, much like their Shepherdstown peers in The Demon Beat, have a quirky yet powerful, catchy, throwback rock and roll style, and both are influenced by Kings of Leon (a band we're not familiar with) and Weezer (one we are).

Songs like "Wishful Thinking," "Gun For Hire," and "Confessions and Lies" lay the rock down and let you in on what The Resonators are doing out there; most notably, rocking, and drinking the same tap water.

Demon Beat guitarist Adam "Mutton Chop" Meisterhans recorded, engineered, and mixed the effort in the Big Bullet studio, kudos to him for that, and drummer Jordan Hudkins did the art, as he does for the Beat.

This is a good start for these guys. Check 'em out online or live if you're out that way.
Posted by WVRockscene!