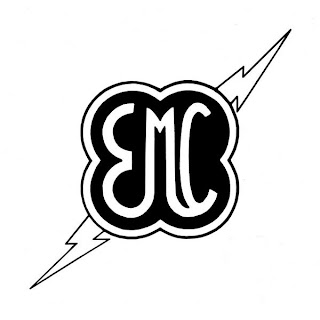 Eight is not enough on The Emergency's newest and final (?) CD. Compared to their previous releases, the CD is more of the same quirky power-pop meets richly textured psychadelic brit rock that we've come to love out of this Magic Town three-piece, only shorter.

The CD opens with the backhanded "Soaking Up The Scene" and "Friends At The Factory" with singer-guitarist Rob Wehrle bemoaning the social life up there, it seems. "Scene" opens with guitar feedback over a galloping beat laid down by drummer Kevin Post. Wehrle says he hates the scene and that he wants to "stare at the lyric sheet all day."

"Factory" is a swaggering number with a not so subtle message tucked inside. Just want to know which factory they're talking about, it's not good; backs scratch each other, and little mafias are established to keep the good times going.

Of course with The Emergency you still get bassist Aaron Crothers laying down the walking bass lines and filling in with oohs and aahs and other backing vocals. Wehrle and Crothers together form a veritable dynamic duo of rock.

The "Where's Waldo" standout song is "Wicked Witch" because it doesn't sound like anything off any previous Emergency CD. Most fall into a kind of power-pop garage rock or experimental brit rock type thing, but this song is unique in its driving velocity. With Wehrle's faux-brit accent sounding like Liam Gallagher at times, it sounds like Oasis joined Pink Floyd, with the Dark Side of the Moon sounding choruses, where Wehrle exhorts listeners to "be who you are," a cool song indeed.

The guys in the Emergency seemingly have a bittersweet view of their time as a band up there in Morgantown, and that's clearly stated on the pull-no-punches songs on the CD.

Our favorite track is a depressing love song, "Not This Time" that nicely encapsulates The Emergency's two-minute catchy powerpop side. A deep breath and cool riffage opens the song, with Wehrle singing about some chick:

You can hear "Church of the Chix" in the fills, and Crothers singing "Everything will work out fine" as Wehrle sings "Not this time" over and over is a good example of their chemistry together. Cool change at the end of the track will have your air guitars out.

"1234" is basically a breakup manual set to catchy music and numbers. "Up Is On (Breathe In/Out)" and "Misunderstood (Goddamn!)" are more bittersweet numbers, with Wehrle asking "Don't you have anything nice to say?" and pretty chord progressions on "Misunderstood" as they sing "On and on" over and over again.

The guys close with the mellow "Bring On The Good Times," opening with a cool bass intro before going into a slow tempo build with cool Moog-sounding synth filling in. The band seemingly feels the end is near, as they seek "happy days" before ending in a big rock finish. The song ends just like the CD starts, with feedback.

The CD was ably produced by Ryan Hizer and Trey Curtis of Morgantown's Librarians. You'd like to say that the guys in The Emergency have grew and matured as a band since the appropriately titled "How Can You Move?" but listening to songs like "All Over Town" with its cool samples and the expansive acoustic "Matt Won't Come Back" prove that The Emergency have had the rock thing pretty much sewed up for a few years now. It also ties in with "Doo-Lang Doo-Lang" which was more experimental, it seemed.

No, The Emergency is one of our favorite bands we've came across. To put it into words, they rock. On the liner notes in the CD sleeve they number the CD 3 out of 3 (?) with a question mark, so maybe they're not really done; this is all a carefully orchestrated publicity stunt or something. It sucks that the guys would feel so bitter, that it would dominate their songwriting, but it's on all their other CDs, so nothing much has changed -- The Emergency rocks.