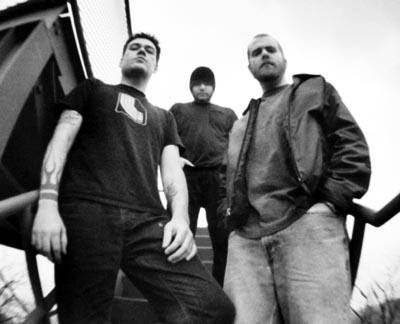 Four years after “The Light Carriers” won critical acclaim for its low, slow, punishing yet melodic metal, Huntington’s drone trio Hyatari is set to release their new six-song CD “They Will Surface” Friday night at Club Echo in Huntington.

“A lot of people thought we broke up,” bassist Chris Tackett said. “We’ve just been really busy with our lives.”

Tackett said he’s glad to finally get the CD out. “It’s like closure I guess,” he said. “It’s always exciting to release a new record, maybe even more so with this one, considering what it took to get it off the ground.”

While the band (Tackett; Mac Walker: guitar/synth/sequencing; Brett Fuller: sounds) took their sweet time getting the sophomore effort done, Tackett said the actual making of the music was the easy part.

“The material comes pretty easy,” Tackett said. “A lot of the best parts happen while Mac and I are recording. Same thing on “The Light Carriers;” we start recording an idea, and it evolves as we go. It’s a really fun way to record, except when you’re on the clock.”

Being on the clock takes on more importance when you're pounding out 10-minute orchestrations with no vocals, creating sonic landscapes that, in parts, sound like the best Nine Inch Nails instrumentals. While “They Will Surface” has six songs, there’s almost an hour’s worth of material. The songs run long and flow together with few discernable starting points.

Tackett noted the similarities and divergences between “Surface” and “Carriers.” “They were written pretty close together. Some of the stuff on “They Will Surface” was supposed to be on the first one. Our first idea was to do a complete turn around from the first record; really soft and quiet, no drums. It didn’t quite work out that way. It’s somewhere in the middle I guess. It’s still heavy, but we branched out on some of the trippy stuff we touched on for “The Light Carriers.” 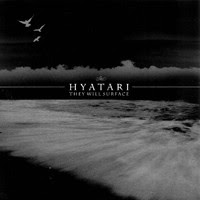 One particular focus point for Hyatari’s release show will be the video they plan to run as accompaniment for their music.

“I’ve wanted to do the visual thing since the Chum days, but it was too expensive and I didn’t know what I was doing,” Tackett admitted. “With Hyatari, the idea of adding visuals really needed to happen…It hasn’t been easy putting this together, but technology has come a long way in the last ten years or so.”

“I just did a lot of research, got some footage, and edited together what I thought would fit the music and the album artwork...We haven’t actually seen the whole thing in action yet. If all goes as planned, it should really add a new dimension to the live presentation. We’re really excited about it.”

The video is just one more piece to capture the listener’s attention.

“You have to be pretty creative to hold the listener with instrumental stuff,” Tackett said. “Since you’re not locked in to writing “normal” songs, you can really go off in any direction. It’s more fun in a way. I’ve always been a fan of instrumental bands. They seem more interesting to me, to listen to anyway. I hate writing lyrics and never pay much attention to them. I look at what we do as sort of weird orchestration, heh. Like writing a soundtrack to a movie that doesn’t exist.”

The video, matched up with the album artwork, should tie in nicely with the elemental feel the songs have; the drums and bass provide the low end tectonic shifts, and the guitar and synth build an atmosphere.

Tackett admitted that the DIY aspect of the band, from recording to distribution, is something that came in handy with the self-released end product. “I’ve come up short with every record label I’ve dealt with,” he said. “But now we can control all the sales. Rod [Lanham] at Caustic Eye sort of helped us along in the process. He dealt with the manufacturer, and is helping with the distribution. I’ve known Rod for a long time, so it was an easy fit.”

Hyatari enlisted the help of longtime drummer friend Jude Blevins for the live show. “Jude is a perfect fit for this band,” Tackett said. “He’s been driving back and forth [between Beckley and Huntington] for rehearsals, so he’s definitely committed to the project. The songs take on a whole new life with live drums. It’s really got me focused on the band again.”

Hyatari will be joined by Youngstown, Ohio-based Rebreather for the CD release show. “Those guys are awesome, and we’re really happy about having them on,” Tackett said.

While downplaying any expectations (“All we can do is put it out there and see what happens,” he said) about the new CD and mentioning potential East coast shows, Tackett said the support from fans and critics is pretty cool.

“It does mean a lot to me,” he said. “We all put a lot of ourselves into doing this, with little or no local following. It doesn’t really matter when it's all said and done. We do this for ourselves and just try to make great music. It isn’t for everyone and we understand that. When we put out “The Light Carriers” we had no idea it would do what it did. But we’ve gotten an overwhelmingly positive response from that record, which does make you feel pretty good. Especially when you're not expecting it.”
Posted by WVRockscene!