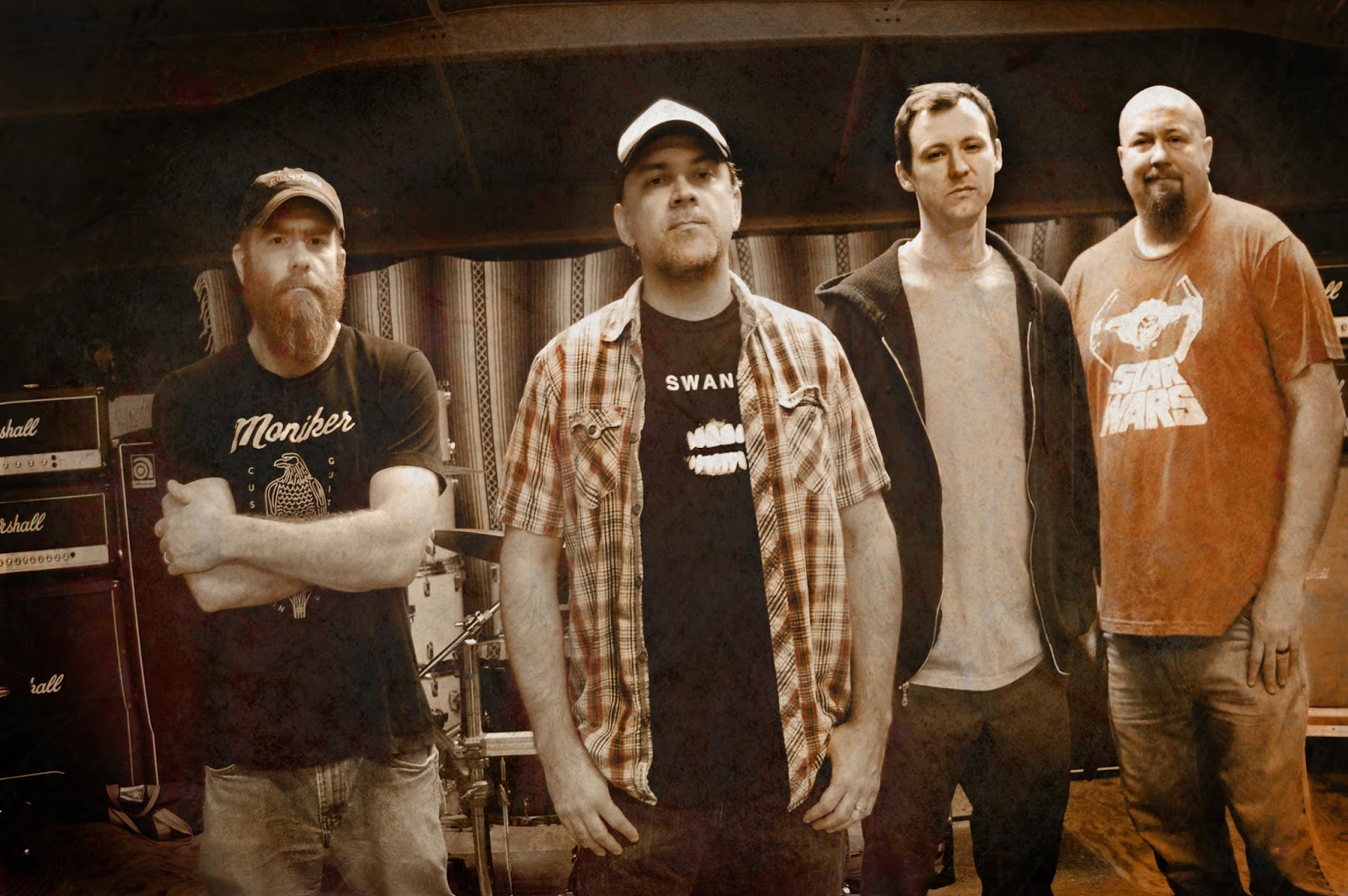 On the heels of releasing “A Penchant for Hell on Earth,” their third record in five years, John Lancaster and his band (L-R: Mac Walker, Lancaster, Josh Adkins, Barry Smith) will perform at The V Club Saturday night with opening acts Floraburn and Sly Roosevelt


Reposted with permission from The Huntington Herald-Dispatch

You could say things have kind of slowed down for John Lancaster in the two decades since he was fronting the Huntington-based melodic hard rock band Chum.

Between then, you know, the 90’s, through bands like Guru Lovechild and Earth To Eros, it’s been Lancaster’s own labor of love to front a rock band. With help from old friends he’s not only now released three solo records in five years, but has a rock band he has fun playing shows with.

“Overall, we don’t play out a whole lot,” Lancaster said over the phone. “We do what we can, we kind of have other things going on. We do enough to keep us all somewhat sane I guess,” the singer-guitarist said with a laugh.

But just because there aren’t a lot of shows may not mean things are slowing down creatively for Lancaster.

Since releasing the debut full-length, “Phantom Moon” in 2010, following that up with the six-song EP “Crash Test In Progress” in 2012, Lancaster’s studio project has congealed into a band, has opened for acts like Byzantine, Karma To Burn, and Dream The Electric Sleep, and released the six-song concept EP “A Penchant for Hell on Earth” in January.

“You know, this whole thing originally started with the idea that this was going to be a studio project,” Lancaster admitted. “When the first record was coming together, I had the idea of all these different friends coming together and coming in to play on different things.

“But there was really no intention for it to be a live thing. But after “Phantom Moon” was released, I was missing playing out at the time, so I thought ‘Why not put together a solid band to play some of these songs live?’ I wanted to kind of keep the songs alive on some level.

Breathing life into the project as a live band has been made easier by working with longtime collaborators Walker and Smith, who recorded and mixed the new EP.

“I love working with Mac,” Lancaster said with emphasis. “I’ve known him for a long time, and I’ve played with him in various projects for years. The same goes with Barry; we did a project together back in the early 90’s, then we did Earth To Eros. But with those two guys, there’s a lot of history there, and I love working with them.

“But back to Mac, our guitar tones seem to mesh really well, and our styles seem to compliment each other really well, and that’s really nice. When I present these songs, it’s just in demo format and it’s just my guitar, so, it’s nice to add these other guys and their playing styles to what I have. It kind of breathes life into the songs.”

Lancaster said that from “Phantom Moon” to “A Penchant for Hell on Earth,” what began as a studio project has become an actual rock band.

“One thing that was different in the process on that record, was, on the previous two records, definitely on the first record, and pretty much the second one, was that a lot of those songs, I’d already written them and demo’d them myself, and then showed them to the guys, and from there we recorded them.

“So, the difference with the latest record is we worked on those songs quite a bit in rehearsal. This latest record sounds more like what we sound like live. The vocals are more aggressive on this record, and I think that’s because when you’re working on vocals in a live environment, it definitely pushes you more. The difference in the process made the end product something I’m really proud of.”

While not meant to literally be about Hell on Earth, obviously, Lancaster said it may not be a surprise the new EP plays like a concept album.

“The interesting thing is that it wasn’t meant to be a concept record, but it totally plays like one. I’ll admit that and I’m happy that it does. It does have the same themes lyrically throughout, which is more or less, letting go of things that you can’t control, and moving forward, you know?

“But, without getting into each song, it does have sort of a conceptual vibe to it,” Lancaster added. “I didn’t really mean it to, but it has part one at the beginning and part two at the end, so it kind of wraps the idea up at the end and gives you an intro and then concludes at the end. So it does have a conceptual feel.”

Lancaster said despite the Bandcamp, iTunes, Spotify pages and social media platforms, getting the music out these days, compared to the 1990’s is easier. Getting people to shows? Sometimes, not so much.

“On paper, you would think, in this day and age it’s perfect for getting your music out,” he said after an exhausted sigh. “But there’s just so much out there, and I think a lot of people just aren’t as excited about hearing new music or seeking out new bands that excite them, at least not like they used to be. We’re definitely in different times now,” the 42-year old Huntington music scene veteran said with an understated laugh.

“You’d think with the technology you have, you’d just be able to promote yourself better, and you have the possibility to, but I just think it’s a lot harder to get people to come to shows now. Everybody has their reasons why they think that is, and there’s not one specific reason, I think it’s a lot of different reasons. Umm, I don’t know. It’s definitely a different time. And it’s not just around here, it’s everywhere.

“I was having a conversation the other day with somebody, and we were both talking about how we just hope it’s one of those cycles that’ll come back around. You see how that works, you know? It’ll be really hot for a while then it’ll die off. Then, at some point, it’ll come right back. Hopefully that’s how this’ll turn out.”

Moving forward with his band into 2015, with his old friends backing him up, Lancaster said he not only is looking forward to playing The V Club Saturday, but just having a good time playing shows.

“You know, I’ve just tried to approach this whole project with the idea that it needs to be fun. If it’s not fun, just don’t do it. It’s not worth it if it’s not fun. We’ll play a gig somewhere and there’ll be five people there, and we’ll still have a good time.”