Darrin Hacquard and Ben Townsend talk about "Signs and Wonders" 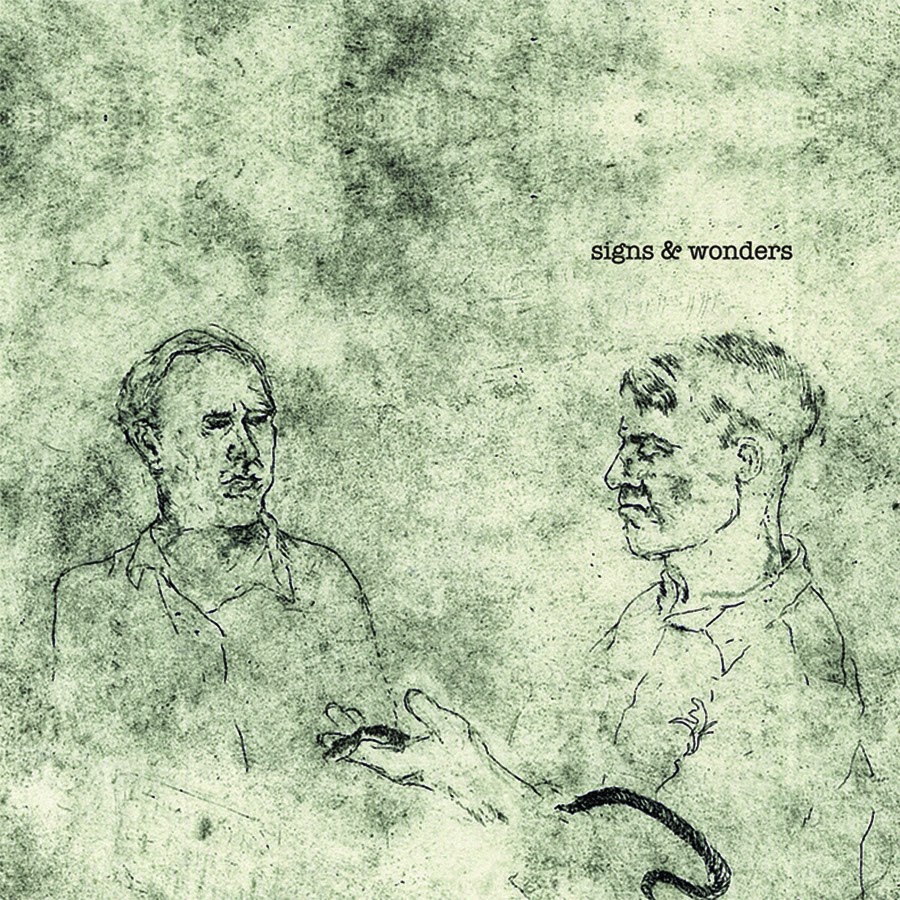 Leave it to Darrin Hacquard and Ben Townsend to, if nothing else, have fun in the snow. Bandmates in The Fox Hunt, the pair, now both calling Elkins home, with help from the rest of The Fox Hunt guys, pulled off no small achievement in recording Hacquard’s solo “psych country” debut “Signs and Wonders,” released in February on Questionable Records.

Talking over the phone together about the record, and preparing to take Hacquard’s project to 123 Pleasant Street with The Fox Hunt Thursday night veered more into what they each hope Elkins, and West Virginia can be: wild and weird.

“Well, uh, drinkin’ a lotta beer, for sure, and playin’ some old time music,” Hacquard summed up when asked how he was holding it down with heavy snow falling.

“We’ve got some friends in town and we’re just making the best of it,” he added. “As far as old time music, it’s just about the best scene you’re gonna find in the country.”

Hacquard said that, while his roots are in old time music, both he and Townsend were/are looking to shake things up in Elkins.

“I’m from Hocking County, in Ohio. It’s a part of Appalachia. The music I guess, I have a deep connection with it, and I believe it goes back to, it’s connected to the landscape, and the culture, and where you’re from. It was also a part of my family, so I connected to it in that way. It just makes sense to me, something that old, to keep it going. But, really, it just sounds right.

“But as far as a weirdo rock scene, we’re trying to get that going as we speak. That’s what I’m interested in.”

Making the best of things (and keeping things weird) with his friends is just how the 13-song “Signs and Wonders” got done, to hear Townsend, who performed on and engineered the album, tell the story.

“You’re talking about playing old time music? I don’t know, I came back here so I wouldn’t have to think about it so much. Like, you can go anywhere and get experimental, but like, here, I kind of came here, like Darrin was saying, some of the best players in the country, and in the world, a lot of them live right here in Elkins. I came down to hang out with my buddies, who I consider to be some of the top musicians in the old time world.

“But I came down here to get away from that,” Townsend added. “Or at least to get away from the idea that I needed to do that everywhere. So, there’s a good solid foundation of old time music, from which I hope we are able to continue to do creative, and experimental, and visionary things. But I think that while it’s great to have a foundation in the past, it doesn’t mean you have to spend all your time there.”

Hacquard said enlisting Townsend, The Fox Hunt guys, and talented dudes like William Matheny to help on the record made it more special.

“I’m proud as hell of it. I’d like more people to know about it, but I’m just glad to have it for my own accomplishment, you know? I wrote the first couple of songs like five years ago, and they kind of trickled in over the last five years but my vision for them was pretty much what you hear on the record. I didn’t have to look very far to find the people that could make that happen.”

Making it happen proved quite the challenge, recording in “The Doodio” as it is known, Townsend said.

“We used to live in this house in Martinsburg that was my granddad’s house. Darrin and I had lived there, some of The Fox Hunt guys had lived there over the years, it’s really been kind of a rotating cast. We used to call it The Doodio and I guess we still do, but there ain’t much of it left. So, John [R. Miller] and I had been playing in The Hackensaw Boys for two years, and I’d been living in Richmond, and I hadn’t seen the house. It had been vacant for like three or four years or something. And I had this wild or stupid idea to, we were financially necessitated, to go in there and record. So I took all my gear up -- we couldn’t lock the doors or anything, so somebody had to stay there all the time -- and there was black mold all over everything, just fucked up, man, you know?”

“There were Wolf Spiders,” Hacquard added.

“Yeah, there were Wolf Spiders everywhere, and it looked like some sort of rodents had gotten in and kind of tore up everything, and the ceiling was falling in. So we just decided that it would be a great place to make this record. We cleared all the shit out of the sink, and we got a cooler, and we filled the sink and the cooler up with ice and beer. Darrin got a bunch of Kombucha on his food stamps, and a half gallon of vodka and some groceries, and we sat up there for four days and just tracked them all out.

“The power wouldn’t work, so we couldn’t run a bass amp, the power wasn’t strong enough to run it. We had everything all plugged in and I had everything all mic’d up. We tracked everything out, and I took it to my house in Winchester, where I was living at the time, and I did all the overdubs. Then, Darrin and I got back together at the house in Martinsburg and mixed the thing. It definitely was a trial by force, you know? Computers died, just about anything that could go wrong did.”

“We almost lost the whole thing,” Hacquard recalled with more horror in his voice than when describing the spiders.

“Almost, and more than once,” Townsend noted. “I spilled a beer on my laptop and fried it. But it’s those inconsistencies in life -- you don’t have to have everything to make a great record. I think sometimes our limitations are what allows us to really thrive. I think the attitude around that record was just like the record itself, there were some ups, there were some downs, you know, that’s life.”

Townsend said he’s both impressed with Hacquard’s songs and proud of pulling the record off, despite the challenges.

“Oh shit, dude, I think it’s awesome,” he said of the experience. “I get pretty crazy in the mixing situation, and can tend to be a little bit of a perfectionist. We’d set a mastering date and we were coming up on it and I was stressing out about it, and I’m talking slight changes. Darrin, though, had the wherewithal to just be like ‘This is done. It has to go out,’ you know?

“We didn’t even have a room to monitor it in. We’d just burn the CD off and go listen to it in the car. Usually I have a really good setup, and that’s kind of what I’m working on down here, is getting my setup back together. I mean, we didn’t even have a set of speakers to listen to the thing on. And I don’t say any of that because I think it’s an interesting story. I think the record sounds awesome, I think the songs are awesome, the performances and the energy, I just think it’s all right there.”

Hacquard said he’s glad that friends and fans like the album.

“You know, a certain number of people would have bought it whether they liked it or not,” he said. “But it’s cool that people actually like it. Some of these songs, I take a risk putting what I think out there. People know me as one person, and I share some of my struggles and some of the weirder aspects of my personality on the record. I’m a little surprised that people are rolling with it so much, but I’m glad that they are.”

Townsend said that Hacquard, everyone involved in the making of the record, and area bands as a whole have something to be proud of, and it is something they are glad to be a part of, being from West Virginia.

“I’ll chime in on that stream of thought. I’m not sure if it’s a good way to say it, but I think that’s the overall view too in the state, that like, there’s a big reception when we’re doing something that’s more traditional. Then you kind of have to like guide people along for the other side of things.

“That’s a big part of why I came back here, specifically to this area, because a lot of people that are into old time music in Elkins, are also into some other creative aspect of music, or art, or life, all those things. What led me to this wasn’t having a closed mind and being interested in one style of music, it was being open to just about anything. I think what we’re really hoping to do is push the bar, like ‘Yeah, sure, you can play old time music, and that’s great, but what do YOU have to say?’ Let’s all encourage each other.

“How many cool bands are in West Virginia right now? You mentioned Horseburner, everything Bud Carroll is doing, The Demon Beat, when they were going strong, there’s just a ton of creative people in West Virginia, and I came back because I wanted to be a part of making the world know that.

“To hell with, ‘Let’s move to L.A. and play old time music,’ let’s move to West Virginia and make it happen here.”

--- Signs and Wonders and The Fox Hunt perform Thursday, March 12 at 123 Pleasant Street in Morgantown.
Posted by WVRockscene!