5 Questions with Blag the Ripper of the Dwarves 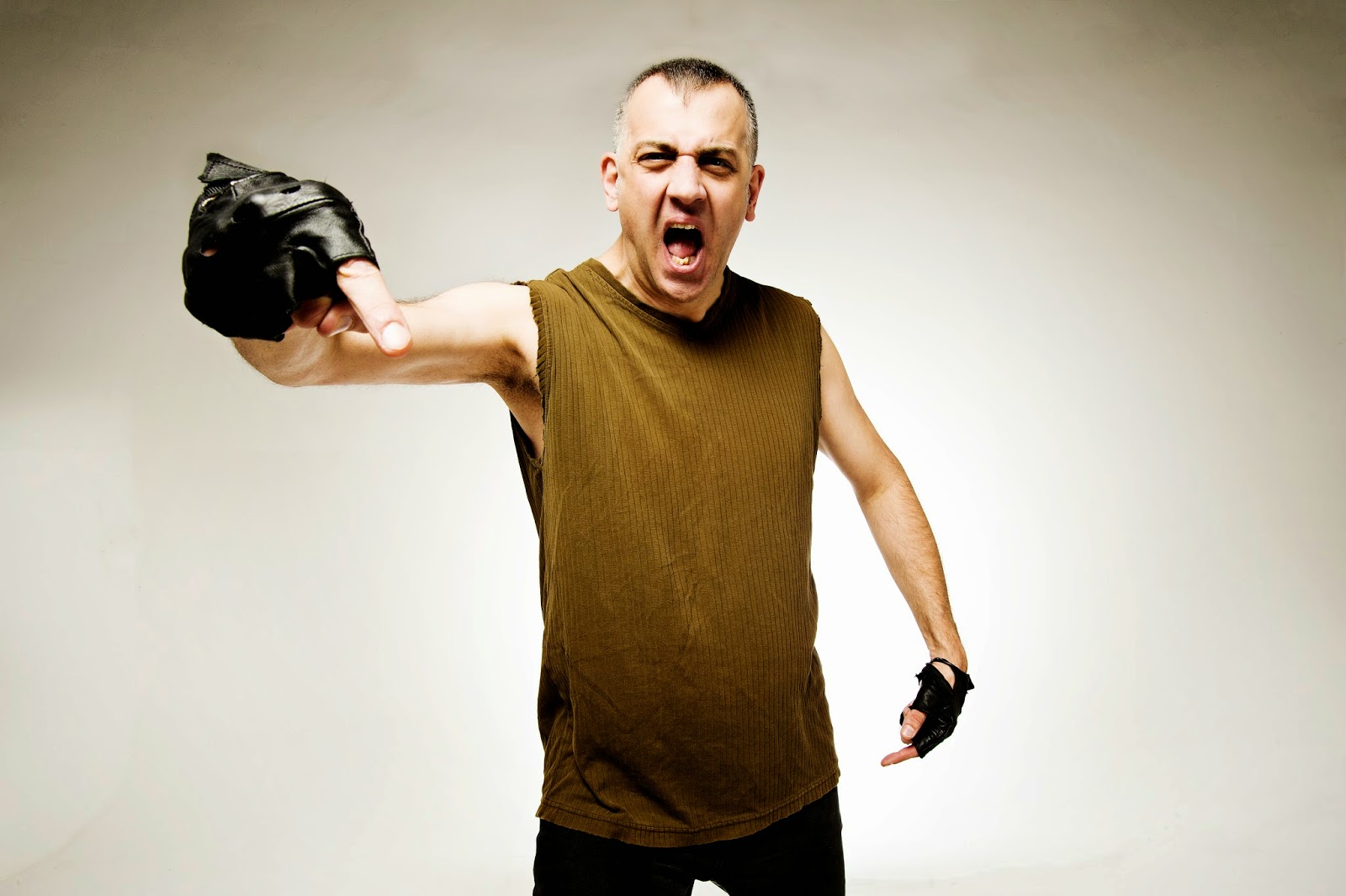 Frontman Blag the Ripper and the rest of San Francisco punk band the Dwarves come to Morgantown Monday for their first show in the Mountain State.

Reposted (and expanded) with permission from The Charleston Gazette

On Monday night, smutty, drug-fueled San Francisco-based punk band the Dwarves will play 123 Pleasant Street in Morgantown with The Queers. In advance of the show -- the band’s first in the state -- the gazz caught up with singer Blag the Ripper to talk about sex, drugs, rock ‘n’ roll and Hasil Adkins.


Q: You guys released ‘The Dwarves Invented Rock and Roll’ in August, what’s been the response to that?

A: “You know, people love this new record, and it’s a little embarrassing for me, because I only wrote a couple of the songs on this one, you know? I kind of left it open to the rest of the band, and they wrote a bunch of the material. Everybody in the band brought in a couple of songs, and we wound up with this record, and people really love it.

“We went for a straight forward punk approach, and it is a little straighter than the last couple of records, which veered into weird experimental and pop realms and stuff. This one is sort of a continuation of that, but we like to genre hop. The whole thing was kind of gut level punk rock. It was fun.”

-----
Q: There’s sex, drugs, and maybe a little violence, it seems, bound up in what you guys do. You released a very NSFW video for “Sluts of the USA,” off the new album to play up the sex angle, how great was that to make?

A: (laughs) “You put them in the right order. I’m glad you put them in the right order. It’s gotta start with sex, drugs come in second, and then, violence, it’s always kind of creeping in the background. “Sluts of the USA” pretty much pushes the sex angle exclusively. We’ve definitely had more lurid videos, like the one for “Stop Me Before I F*** Again,” on the last record, was a lurid, disgusting video.

“Sluts of the USA” was a more bubblegum type song, with the female vocals in it, so we just cut together all the jiggle footage from us being on TV, and us making videos, sort of showing you how the Dwarves cavort through a world of tits and ass.”


DWARVES - SLUTS OF THE USA from Recess Records on Vimeo.

-----
Q: You’ve talked about being around in the early 80’s seeing people get hurt, seeing violence at punk shows. The recent incident with Fat Mike onstage in Australia -- that may have been something you and him witnessed at some of those early shows. What are/were your thoughts on seeing that go viral and is that something someone should expect if they run up on someone like that onstage, even/especially at a punk show?

A: “Well, you know, in the interest of full disclosure, the Dwarves have a seven-inch coming out on [Fat Mike’s label] Fat [Wreck Chords] in a couple of weeks called ‘Gentlemen Blag.’ I’ve been friends with Mike for over twenty years, and always wanted to put out a record on Fat. We always got along really good, so I always really liked Mike.

“It’s tough to know from just the little piece of footage what led up to something. You never know what was said or what happened or how he was feeling or how it went. Violence never really looks good, you know? But I know what it’s like to just be driven to distraction being out on the road with a lot of people grabbing at you for weeks on end, you know?”

“It’s hard to make an excuse for it, it’s just, uh, you’re up on stage playing, and it could be your worst moment. Most people don’t have their lives recorded like that. It’s tough to get a context as to what’s right and what’s wrong. It would be great if it was a world without violence (laughs) but we’re never gonna get that in our lifetime, you know?

“It’s always sad when someone’s whole career boils down to one thing. We’re seeing that now with Bill Cosby this week. It’s hard to know who’s guilty and who’s innocent and who did what when. But it’s sad that in this day and age, now with the internet, everybody’s life comes down to the most recent little flap about you, as opposed to what you actually did.

“I don’t think people back in the day were judged as much by, like, one incident that happens to be the viral one, you know?”

-----
Q: You’ve contrasted what the Dwarves do, whether it be in the music itself or running your own label, Greedy, against maybe more mainstream punk bands. What makes the Dwarves unique?

A: “Well, it’s always easy to second guess other people’s motives for doing things, you know? I mean, I do this for a living, so I have to make money at it. If I didn’t make any money with it, I’d have to do something else. So, that would be tough (laughs).

“It’s not like I’m going to West Virginia for free. I’m makin’ the motherf---ers pay. I’d like to think that by paying for it, people appreciate it more, like, ‘F---, I’m gonna go here and check this out, and I’m holding these guys to a high standard.’ It’s gotta be a great show, you know what I mean?

“There a lot of people, maybe you can say they’re sincere, but they don’t try very hard. (laughs) For me it’s not enough to just be sincere, I have to play good music, I have to write good songs. Other than look at people’s motives, I look at people’s music. I think a lot of people are making boring music, and the Dwarves keep making interesting records, and that’s really the difference between us and them.

“It’s the same with the live stuff, some dudes are just phoning it in. Maybe they made a cool punk record a long time ago, but who is actually coming out and playing like they mean it? People are going to see us play and be influenced by it, because it’ll be good.”

-----
Q: You've made a career of this for 30 years and counting. What keeps the Dwarves relevant?

A: “The Dwarves are a band that continues to make quality records, and always brings in something new, jumpin’ around, skippin’ genres. We’re one of those bands. You know, in the 1980’s nobody predicted that we would survive. We were too crazy, too wild, too much crazy s--- happened around us, and I’m just really happy that we carried on.

“I mean, getting to go to places like West Virginia? I mean, I’ve been almost everywhere in America, but the Dwarves have never played in West Virginia. So, to go back to where Hasil Adkins comes from? It’s gonna be great. I mean, Appalachian rock, I’m ready to do this.

“I think we’re part of a great continuum of American folk music, you know? Hardcore and punk, that’s a part of that. I feel like we’re a part of a big movement of American music, whether people would recognize us as part of it or not.”

A: “I feel extremely blessed, and why not? I’ve been lucky. Most people have to slog away at a pretty miserable life, I think, whereas I get to play music, and enjoy myself. It’s been pretty good. I can’t complain. I mean, I could, but who would listen to me?”