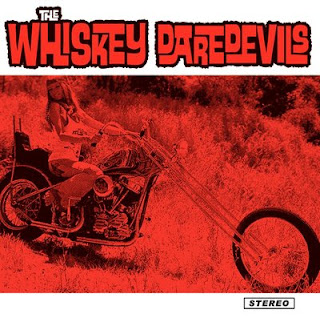 CHARLESTON, W.Va. -- The Whiskey Daredevils could be described as Elvis Presley meets Glen Danzig singing for Dwight Yoakam fronting The Cramps. Cleveland’s kings of cowpunk are back with album No. 8, and not a whole lot’s changed -- sonically, at least -- for this staple of the rockabilly scene.

That’s not a bad thing. On the self-titled effort, the Daredevils return (via Detroit, Wheeling and Santa Fe) with 12 new twangy, road-weary and sometimes downright desperate tales.

Standout tracks include “Bakersfield,” where the band finds “country music heaven” littered with 7-11’s; “Moderately Lucky Watch,” the down-and-out “Pawn Stars” theme song that will never be; “Santa Fe” and “Girl I Left Behind.” The record closes with two morbidly sweet tales of rebuked love: “Time Marches On” (the album's best song) and “Cold Dead Leaves.”

After nearly a decade together, the band underwent a few personnel changes this time around. Lead guitarist Gary Siperko is once again the front man (back for his third studio effort with the band), and Lords of the Highway bassist “Sugar” Wildman is filling the void left by singer Greg Miller’s brother, Ken, who left the band after recording the album this summer.

Despite those changes, “The Whiskey Daredevils” fits right in with everything the band has been doing these past few years. It would be easy to say it is the Daredevils’ “Greatest Hits” record . . . except the band already called its first release that.

The Whiskey Daredevils play The Empty Glass, 410 Elizabeth St., at 10 p.m. Saturday with the Judy Chops. Cover is $8.